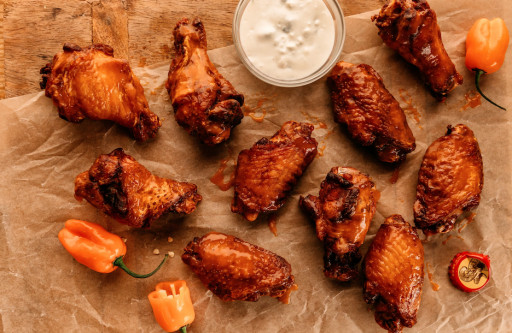 
Hot heads, rejoice. Willie's Grill & Icehouse has officially released nine new wing flavors and sauces at all of their 19 locations across Texas. Also added to the menu is the limited-time classic with a twist, the Frozen Long Island Iced Tea, which is limited to two per customer due to its boozy punch.

This long awaited menu rollout was postponed after its initial creation in 2021 due to supply chain issues, and quietly launched on August 31, 2022 following the launch of their new virtual brand, Rooster's Run.

The quintessential Texas icehouse is also adding an icy spin on a fan-favorite, the Frozen Long Island Iced Tea, limit two per customer. This classic bar cocktail is now being served with a Willie's twist - frozen. Willie's is no stranger to frozen classics, as their Frozen Jack and Coke has long delighted customers across the lone star state. The Frozen Long Island Iced Tea contains vodka, rum, gin, tequila, triple sec, sweet & sour, and is topped with a Coca-Cola floater.

"We're beyond excited to roll out our new wing sauces and dry rubs just in time for football season," says Greg Lippert, CEO of Willie's Restaurants. "Willie's fans are in for a real treat with these wing flavors and sauces, and the Long Island Iced Tea has already become a fan favorite since its debut. Customers are definitely making it clear that they would get more than two if they could!"

At Willie's Grill & Icehouse, everyone belongs. Started in 1993 as a humble burger joint in Houston, Texas, Willie's has grown into a Texas institution with 19 locations statewide, beloved by millions as the family's favorite place to unwind. At Willie's, arcade games await the kids and young at heart, while wide-open giant garage doors reveal ample patio spaces with sandboxes and plenty of room to play and relax. Juicy burgers piled high with fixings anchor the gargantuan menu of delicious Texas comfort food, promising something for everybody. Locations, hours, menus, visit www.williesgrillandicehouse.com.

Original Source: WILLIE'S GRILL & ICEHOUSE BRINGS THE HEAT WITH NEW WING FLAVORS AND A SPIN ON A CLASSIC COCKTAIL

This news story originally appeared at Travel News - on7 September 2022