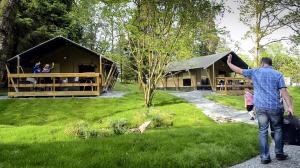 Over £9bn of visitor spending, plus tens of thousands of jobs, are at risk in rural and coastal communities”

LONDON, UNITED KINGDOM, September 6, 2022 /EINPresswire.com/ — The body representing around 2,500 UK holiday parks and campsites has written an open letter to Britain’s new prime minister Liz Truss calling for urgent action to stave off a crisis in its sector.

The British Holiday & Home Parks Association (BH&HPA) says that the £9.3bn of visitor spending generated by its members each year is under threat from spiralling energy costs.

Without direct support from Government to absorb escalating energy prices, it warns, many smaller businesses will be forced to close for good before the start of the next holiday season.

Also at risk, it says, are many of the 170,000 full-time equivalent jobs which holiday parks and campsites sustain, largely in rural and coastal areas with few alternative employment opportunities.

BH&HPA is one of four signatories to the letter which also includes the National Caravan Council, the Camping and Caravanning Club, and the Caravan and Motorhome Club.

Parks and campsites of all sizes, say the bodies, are also being hit hard by VAT levies which make them unable to compete on a level playing field with other countries.

Staying options provided include touring pitches for tents, caravans and motorhomes, rented caravan holiday homes and lodges, and glamping units such as tipis and yurts.

Value-for-money prices and high quality surroundings and facilities make parks and campsites a popular choice for millions of people each year, BH&HPA says.

In its letter, the bodies congratulated Liz Truss on her election as PM, and said that its members looked forward to an early opportunity to discuss their concerns.

This news story originally appeared at Travel News - on7 September 2022