How to keep the E-bike from being stolen 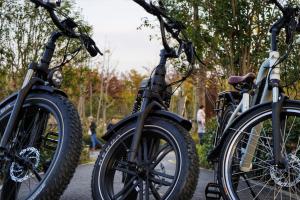 As you invest in your electric bike, a common concern among bike owners is the issue of bike theft.

CASPER, WYOMING, UNITED STATES, August 13, 2022 /EINPresswire.com/ — Traditional bikes, being lightweight and easy to hop on and ride away, have been popular targets of theft for generations. Electric bikes can be too! So, let’s decide to start taking some measures to secure the e-bike.

Yes, An E-Bike can be Stolen.

Let’s clarify this right off the bat. Yes, the e-bike can be stolen. While an electric bike does have a battery pack and a motor, making it more complicated and heavier than a traditional bike, it can still be ridden the same way as a traditional bike. It can thus be hopped on and pedaled away too.
The e-bike may be a bit heavier and chunkier than a traditional bike, but the added weight won’t be enough to deter a committed thief. As an e-bike is easier to ride off in than a vehicle that requires a key or a code, an e-bike is still an easy target for thieves. Even if the thief has no idea how the throttle works, they can still pedal.

Cost
Another factor that may put the e-bike at greater risk of being stolen is the relative cost/value of an e-bike compared to a traditional bike. Electric bikes are more expensive to the consumer, so they’ll be more valuable to a thief, as well. The best electric bikes will cost consumers thousands of dollars.
For the same reasons that high-end cars are often targeted for theft than beat-up Pintos, an e-bike can be a more appealing target for a thief, as he knows he can sell or fence it for a much higher price. Keeping the e-bike safe from thieves will be a high priority for any e-bike owner, so let’s look at some ways to keep the electric bike where it belongs.

Keeping the E-Bike Safe
So, what steps to take to protect the e-bike from theft? Simple as this may sound, investing in a bike lock is the easiest way to secure the e-bike and deter theft. Using more than one lock on the e-bike can also make it less tempting for thieves to attempt to steal it, and parking the e-bike in a place where we can see it from the store or the location is smart, too. Know the area before going for a ride. Try not to park the e-bike in high-theft areas, and be aware of the surroundings at all times.

When not in use, store the e-bike inside or in a locked garage. Never leave it in the yard unattended or in the back of a truck unsupervised. Installing a tracking or GPS device on the bike can also be a great way to find the bike again if it is stolen, and insuring the e-bike against theft can be another way to at least help recover the cost of the e-bike if it is lifted. But preventing theft is always best, and the simplest ways to keep the e-bike safe are to lock it up simply, keep it inside when not in use, and keep an eye on it, too. It’s an important piece of equipment, and ensuring it stays with is paramount. Wherever we are, be careful, and ride smart!

This news story originally appeared at Travel News - on13 August 2022